Seite 81
But this , needless to say , is only one side of the picture , and the other side is an ugly one to look at . To reform , to reconstruct appears fine enough in theory , and very pretty on paper ; but no more than a nation can go to ruin ...
Seite 134
They walked down through the meadows side by side , near , and yet so far apart . They exchanged awkward commonplaces about the weather , the hedges , the cattle gazing stolidly at them ; the sermon , the people in church — but he flew ...
Seite 363
The new comer did not stir , but , leaning on his staff , wagged his head from side to side with a diabolical grin at Marcelle , and then winked frightfully at Jannich and Alain . The widow sprang up with a scream . 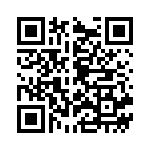