Horton Foote was born in Wharton, Texas on March 14, 1916. He studied acting at the Pasadena Playhouse in California for two years before going to New York and joining Mary Hunter's American Actors Company. While there, he wrote a one-act play called Wharton Dance. After that, he continued to pursue acting and appeared in a few other plays, but primarily focused on writing. After World War II, he moved to Washington D. C. to run the King Smith School with Vincent Donehue. While he was there, he opened the King Smith Theater to all races, the first integrated audiences in the nation's capital. In addition to plays, he wrote for television and film. He was one of the writers for The Gabby Hayes Show on NBC. He wrote numerous plays including The Chase, The Carpetbagger's Children, and The Orphans' Home. He wrote numerous screenplays for movies including Baby, the Rain Must Fall and The Trip to Bountiful. He won the Pulitzer Prize for The Young Man from Atlanta and two Academy Awards for To Kill a Mockingbird and Tender Mercies. He died on March 4, 2009 at the age of 92. 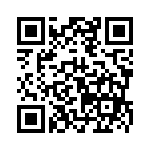