Seite 73
light called the Plough - light , was main- a fire - spark in my throat , I , going over 10 tained by old and young persons who the sign of the Cup and Can for one were husbandmen , before images in some pennyworth of ale , there I ...
Seite 115
dared to say , peared with a light in the dark , and said , enemy of souls , who seizes on those who We are come , Anthony , to lend thee our are accountable to him , but cannot reack light , ' I prayed , shutting my eyes , because ...
Seite 435
Sometimes a large wax despicable . light called a serpent was used ; its name The only theatres for the people were was derived from its spiral form , it being churches , and the monks were actors ; wound round a rod . 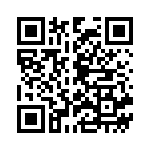