Seite 44
The Patriot King would begin to govern as soon as he began to reign . ... Above all , he would not neglect that outward duty of dignity and decorum for the lack of which many kings lost the admiration of their subjects .
Seite 384
Louis Philippe , King of the French , after experiencing several minor attempts on his life , was nearly murdered , July 28 , 1835. The day was one of the three appointed to commemorate the revolution of 1830. The King was , with three ...
Seite 388
The final regicide to be here outlined is that which cut short the career of Humbert , Duke of Savoy , King of Sardinia , Sicily , and United Italy . At Monza , near Milan , on July 29 , 1900 , King Humbert , after occupying the Italian ... 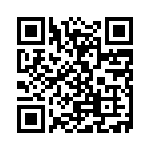