FRANKIE Y. BAILEY is Associate Professor in the School of Criminal Justice at the State University of New York, Albany. 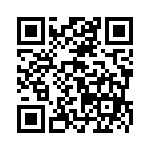