This has been lying on my tbr mountain for ages and now I know why, after reading Nemesis and Shattered Icon I was really looking forward to this. I found it really disappointing, it wasn't the ... Vollständige Rezension lesen

The premise - the arrival of a message from outer space - is only half of this story; the other half of the story comes from the various responses (private and public) from the international team of ... Vollständige Rezension lesen

Bill Napier was born in Scotland in 1940. He studied astronomy at Glasgow University, and has spent most of his career as an astronomer at observatories in Scotland, Italy, and Northern Ireland. He is an honorary professor in the Centre for Astrobiology at Cardiff University. In his research he has discovered a process which allows life to spread around the Galaxy, taking hold wherever it finds suitable environments—such as the Earth. He now lives in Ireland with his wife Nancy and divides his time between writing novels and carrying out research with colleagues in Wales and California. He likes to cook but faces stiff competition from wife and children. 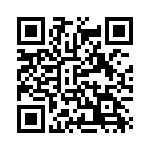