Nan Johnson is an associate professor of English at the Ohio State University and author of Nineteenth-Century Rhetoric in North America. 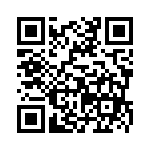