Tough book to read, but well worth it. Good fodder for future reflection: 1. imitation is suicide - when Jesus calls the disciples, something there. 2. how to use language. ability to speak to both ... Vollständige Rezension lesen

Ralph Waldo Emerson was a poet, essayist, and philosopher whose provocative thoughts transcend a variety of fields, including philosophy, literature, and politics, to name but a few, and have inspired ... Vollständige Rezension lesen

Denis Leary has appeared in more than thirty films, including the Oscar-nominated Wag the Dog, The Thomas Crowne Affair, and Ice Age, as well as the Christmas cult classic The Ref, and such indie favorites as Jesus' Son and Suicide Kings. Leary was the co-creator, producer, and star of the critically acclaimed network comedy The Job. His one-man shows No Cure For Cancer and Lock 'n Load broke viewing records on HBO. Leary has also written for New York Magazine, GQ, Playboy, Esquire, and many other publications. He is the co-writer, creator, and star of the four-time Emmy and Golden Globe-nominated television series Rescue Me. He lives in Connecticut. 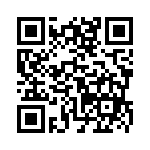