Crying at the Movies : A Film Memoir

This very personal and intimate work part therapeutic journal, part film analysis is an examination of the author's strong responses to particular films that have some resonance with her personal ... Vollständige Rezension lesen

Madelon Sprengnether is Professor of English at the University of Minnesota, where she teaches critical and creative writing. She is the author of a book of poems, The Normal Heart; a collection of personal essays, Rivers, Stories, Houses, Dreams; and she has co-edited a colleciton of travel writing by women, The House on Via Gombito. 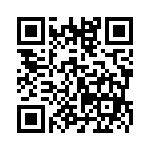