Sayre's recherche compilation celebrates the emergence of a distinct American voice throughout the history of a young, dynamic country. John Smith's account of the Jamestown colony forms the first ... Vollständige Rezension lesen

Robert F. Sayre, a leading authority on American autobiographical writing, is professor of English at the University of Iowa. He is the author of The Examined Self: Benjamin Franklin, Henry Adams, Henry James and Thoreau and the American Indians. He is the editor of New Essays on Walden and Take This Exit: Rediscovering the Iowa Landscape. 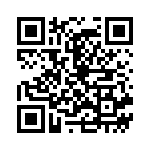