Trained under Frank Craven and Lawrence Stone, Kenneth A. Lockridge teaches at the University of Montana and is the author of numerous essays on American and European history. 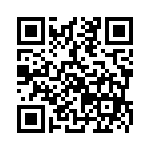