Seite 202
The Ship "Hydra" Articles of Agreement between Christopher Champlin Esq. of Newport in the State of Rhode Island in America, and William Green Esqr. of the City of London. Witnesseth: That the said William Green, proposing to send a ...
Seite 203
Wherefore the said Christopher Champlin, for and in consideration, that the said William Green, his heirs and assigns, causes the said Ship Hydra, with her Cargo, that may be purchased at Bengal, or elswhere, be conducted to Newport ...
Seite 357
And above all, that you should wish to destroy your stipulation of two and half per Cent on the Hydra s outward bound cargo, made in your own writing, under your hand and Seal, by a misterious Account you have stated, viz. No. 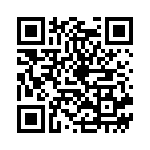