Seite 149
A Great and General Assembly was now called; and it was a Time, on that account, whereof it might bee said of the Inhabitants of this Province as of the Romans, on another Occasion. They had never seen a greater Day.
Seite 237
The General Assembly was now sitting, and I had this Day an Opportunity to address my whole Countrey in one Assembly I considered, that my Lord JESUS CHRIST, as the great Sacrifice for the Congregation, had never been enough preach'd ...
Seite 353
Secondly, The General Assembly, have before them, the Case of the Colledge; upon which will turn or fall my Fathers Voyage to England. That has been a Point of Particular Faith, marvellously circumstanced. Lord, Lord, give a good Issue ... 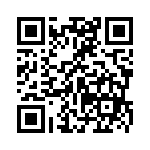