George Moore, "the master of the most subtle rhythm in modern prose" (Austin Clarke, N.Y. Times), was an exponent of the experimental novel of Emile Zola (see Vol. 2), the naturalistic fiction written with a polished and careful artistry. Many regard Sister Teresa (1901) as his masterpiece, although Esther Waters (1894), his objective story of a servant girl's seduction and struggle, is more widely read. As an autobiographer, Moore was prolific. His Confessions of a Young Man (1888), Memoirs of My Dead Life (1906), and the trilogy Hail and Farewell! (1911--14) are books about himself and his friends. In the latter, says Austin Clarke, "He had mocked at his fellow writers, invented ludicrous conversations for them and succeeded in turning literary Dublin into delightful, irresistible legend. He . . . made many enemies by his candor." Conversations in Ebury Street (1924) is a volume of actual talks between Moore and his friends in his London home. 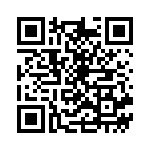