David Loades is a well-known and popular writer on Tudor history. His many works include biographies of leading Tudor personalities and a best-selling textbook, Politics and the Nation 1450-1660. For the National Archives he has written Mary Tudor: The Tragical History of the First Queen of England (2006) and Elizabeth I: The Golden Reign of Gloriana. His other interests include naval history (he is closely engaged with research on the Mary Rose, and has appeared in TV documentaries on the subject). 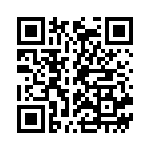