Okay, this book is not FUN to read, and yes I HAD to read it for my American Diplomatic History class-but the facts I learned about what our country and its leaders were doing during this time period ... Vollständige Rezension lesen

Howard Jones is university research professor and chair of the department of history at the University of Alabama. Donald A. Rakestraw is associate professor of U.S. Diplomatic History at the Georgia Southern University. 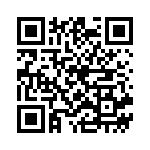