Zufowsky was Louis Zukowsky's sole literary collaborator and chief interlocutor for over 40 years. 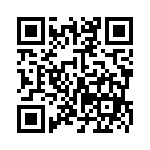