I love the winter holidays--all of them and i like having this book which talks about all of the pagan traditions which came before christmas--and which the christians incorporated into their own holiday. Vollständige Rezension lesen

The winter solstice: the sacred traditions of Christmas

John Matthews was born in the North of England in 1948. He has been a professional writer since 1980, and has produced over forty books ranging from Celtic and Arthurian legends to collections of stories, essays, and poetry He has given workshops in Britain, Central Europe, and America and is primarily concerned with the interpretation of myth. He is an internationally renowned authority on mythology and folklore with a special interest in the Arthurian and Grail traditions and Celtic lore. Matthews best known works are The Grail: Quest for Eternal Life, Taliesin: Shamanism and the Bardic Mysteries in Britain and Ireland, and The Celtic Shaman. Other books include Arthur and the Grail Quest, Within the Hollow Hills, and The Winter Solstice, which won the Benjamin Franklin Award in 1998. Matthews has also co-authored with his wife, Caitlin Matthews, a study of the Western mystery tradition, The Western Way. Together they designed and wrote the best-selling Arthurian Tarot, which has sold more than 50,000 copies and has been translated into several languages.

Caitlin Matthews is a world-celebrated teacher of Western spirituality and author of over thirty books. With her husband and frequent coauthor John Matthews, she founded the Foundation of Inspirational and Oracular Studies, in their native Great Britain. Their books have been translated into many languages including French, Italian, German, Czech, Dutch, Hebrew, Japanese and Russian. The material in these books is based upon practical knowledge which they teach worldwide. They have made numerous appearances on television in the UK and US, and have been advisors on several series, including HRH Prince Edward's Crown and Country. They live in Oxford where Caitlín has a shamanic practice dedicated to midwifing the soul. 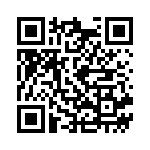