Albert Nigrin is Assistant Professor in the Department of Computer Science and Information Systems at American University. 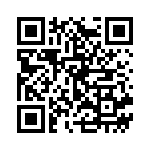