Seite 378
With the most affectionate respect, I am, Hond Sir, your dutifull son. Gov. Trumbull. J. TRUMBULL, Jb. Indorsed : 14th Aug*, 1782. Col° Jonth Trumbull, Junr, de Intelligence from Sr Guy, &c. de negotiations for peace, recd 19th ins*.
Seite 420
Hond Sir, — A ship arrived a few days ago from England to N. York, which bro't no news, but that at the first of April no administration had been formed ; the nation having then been six weeks in that state.
Seite 435
Hond Sir, — We have little or no news, no Definitive Treaty yet, and little alteration at N. York. Congress are doing business, as well as their numbers will admit, at Princeton. The troops are gone on to Pliila to investigate the ... 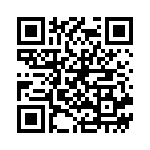