Sam Davis Elliott is the author of Soldier of Tennessee: General Alexander P. Stewart and the Civil War in the West and a practicing attorney in Chattanooga, Tennessee. 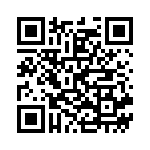