This book is an inspiration to all writers. Whitman's subject matter is based on nature, work, spirituality, war, and the experience of reading a writing. And the style is free-verse. Powerful, for high school. Vollständige Rezension lesen

This slim book was assigned to me in college and was my introduction to Walt William. This is the first 1855 edition of only 12 poems, later given titles: "Song of Myself," "A Song For Occupations ... Vollständige Rezension lesen

Walt Whitman (1819–1892) was born on Long Island and educated in Brooklyn, New York. He served as a printer's devil, journeyman compositor, itinerant schoolteacher, editor, and unofficial nurse to Northern and Southern soldiers. 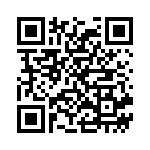