Seite 208
He refused to take the oath of allegiance, and, in retaliation of the remonstrances of the Massachusetts magistrates against his election, and of their withholding a grant of a lot of land, forWhich his church at Salem had petitioned, ...
Seite 250
Six good ships leave England, with three hundred and fifty colonists, men and women, to settle in Salem, iii. 34. " Modell of Christian Charity," written by Gov. Winthrop, in his passage to New England, vii. 33. June 12. Gov.
Seite 256
Principal towns of trade, Boston, Charlestown, and Salem ; as many precincts and divisions within the government as towns, viz. about forty ; in Boston three large churches or meeting-houses ; chief rivers, Merrimac and Charles River ... 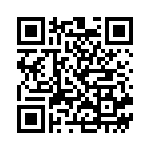