This intriguing scholarly study of Damon Runyon, a newspaper reporter, columnist, and short story writer, examines his contributions to New York City culture and identity in the early part of the 20th ... Vollständige Rezension lesen

DANIEL R. SCHWARZ is Professor of English and Stephen H. Weiss Presidential Fellow at Cornell University, where he has taught since 1968. He has received Cornell's College of Arts and Sciences Russell award for distinguished teaching. He is the author of the widely read Imagining the Holocaust (1999). His most recent book is Rereading Conrad (2001). His prior books include Reconfiguring Modernism: Explorations in the Relationship Between Modern Art and Modern Literature (1997), Narrative and Representation in Wallace Stevens (1993), The Case for a Humanistic Poetics (1991), The Transformation of the English Novel, 1890-1930 (1989; revised 1995) Reading Joyce's 'Ulysses' (1987); The Humanistic Heritage: Critical Theories of the English Novel from James to Hillis Miller (1986); Conrad: The Later Fiction (1982); Conrad: 'Almayer's Folly' through 'Under Western Eyes' (1980); and Disraeli's Fiction (1979). He has edited The Dead (1994) and The Secret Sharer (1997) in the Bedford Case Studies in Contemporary Criticism Series, and is co-editor of Narrative and Culture (1994). He has directed nine NEH seminars, and has lectured widely in the United States and abroad. 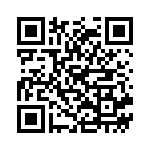