Daniel Lion’s books have won world wide acclaim from readers.  His advice has reached the top leaders of the world as he hopes to have an impact that will help stop the world hurtling towards chaos and disaster.  As the true descendent of a man who fought under General George Washington, he is bring forward the hope that this nation can overcome any adversity as it was founded, under God. 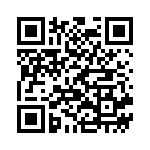