Robert David Johnson is a professor of history at Brooklyn College and the Graduate Center of the City University of New York. He has published three books: The Peace Progressives and American Foreign Policy (1995); Ernest Gruening and the American Dissenting Tradition (1998); and 20 January 1961: The American Dream (1999). He is the editor of a fourth book: On Cultural Ground: Essays in International History (1994). Professor Johnson has published articles or essays in Diplomatic History, the Journal of Cold War Studies, Oxford Companion to American History, International History Review, and Political Science Quarterly, among others. 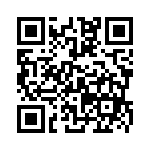