Seite 89
Upon which a warrant is granted Penderils , was one of the king's escort in to “ Elizabeth Yates , relict of Francis the night - march from Boscobel to Mose . Yates , of Brode , co . of Stafford , husbandley : he is the gigantic figure ...
Seite 165
In addition to this honoured title , he appears to have been an apt scholar , better deserving probably of the title than Henry Beauclerc , judging from the admirable reply which he gave to Louis IV . , King of France .
Seite 479
“ King Stephen , ” says the chronicler , “ with his infantry , stood alone in the midst of the enemy . These surrounded the royal troops , attacking the columns en all sides , as if they were assaulting a castle . 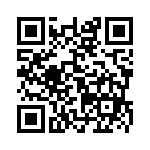