The Enlightenment & the book: Scottish authors & their publishers in eighteenth-century Britain, Ireland, & America

In 1757, when philosopher David Hume boasted that the Scots were "the People most distinguish'd for Literature in Europe," he was undoubtedly pitching it a bit strong. But as Sher (Church and ... Vollständige Rezension lesen

Richard B. Sher is Distinguished Professor of History at the New Jersey Institute of Technology. He is the author of Church and University in the Scottish Enlightenment: The Moderate Literati of Edinburgh. 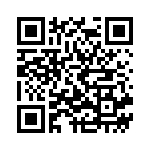