Jonathan Bate was born June 26, 1958. He is a British biographer, broadcaster, and leading Shakespeare scholar. He studied at Sevenoaks School, the University of Cambridge, and Harvard University. At Cambridge, he was a Fellow of Trinity Hall. While studying at Harvard, he held a Harness Fellowship. Bate is a professor of Shakespeare and Renaissance Literature at the University of Warwick. He was previously King Alfred Professor of English Literature at the University of Liverpool. He has also lectured at various universities in the United States. Bate is a Fellow of the British Academy and the Royal Society of Literature. He made the Samuel Johnson 2015 shortliast with his title Ted Hughes: The Unauthorised Life. Bate lives near Stratford-upon-Avon and is married to author and biography, Paula Byrne. They have three children. 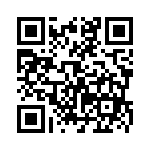