Seite 73
Two or three poems inserted in them are apparently original , and one of these , “ The Angler's Song , " was reprinted with his name , together with other verse contributions , in a volume of “ Miscellaneous Poems selected from the ...
Seite 132
To say , in the original language of Festus , that much ( German ) learning has made her ' mad ' would be too harsh . And , after all , her true defect is , that , having much , . she has yet a thousand times too little .
Seite 180
The muster - roll of Dillon's first season attests the production of two original works , two Shaksperian plays , two revivals of Bulwer Lytton , two of Sheridan Knowles , three romantic dramas . Half a dozen farces and two magnificent ... 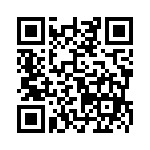