Seite 57
thought , that of all the questions would be such a state of things as that had been
recently discussed in ought not be allowed to exist , even that House , the present
bill had if this temporary bill should exbeen the most subjected to the in- pire ...
Seite 59
... monarch . the provisions of this act shall be If such a prerogative ought not to
transported , in any case , to any exist , let it be taken away ; but part of the
dominions under the as long as it did exist , parliament authority of his lawful
sovereign .
Seite 107
... that , though to that which had been rejected in cases as exceptions do exist ,
which , Jamaica , had previously been pro- under similar circumstances , would
posed , and miscarried in Barbadoes . exist in every other part of the On the 28th
... 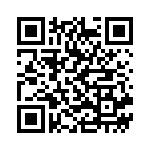