Seite 251
strued into an offence to the King , M. Cordier having been called he was called
to order by the Preto the tribune , explained his sident . In conclusion , M. Rollin
amendment . He denounced the said , that if their colleagues were expression of
...
Seite 5
The man who thus grounds of Childwick Hall , at St. found the body called
another la- Albans , the residence of the rebourer to assist in getting him out .
verend Mr. Brogden , he continued Mr. Crisford's land near the river his walk
towards ...
Seite 29
The Mr. Nicolls was the son of Colo- wife , crying , told her niece , Mary nel
Edward Nicolls , of the Royal Sutherland , who called to see her , Marines ; and
he was much es . that Mark had threatened to do teemed in his profession . He
was ... 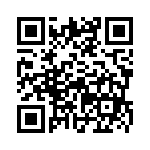