William Shakespeare (1564–1616) is arguably the most famous playwright to ever live. Born in England, he attended grammar school but did not study at a university. In the 1590s, Shakespeare worked as partner and performer at the London-based acting company, the King’s Men. His earliest plays were Henry VI and Richard III, both based on the historical figures. During his career, Shakespeare produced nearly 40 plays that reached multiple countries and cultures. Some of his most notable titles include Hamlet, Romeo and Juliet and Julius Caesar. His acclaimed catalog earned him the title of the world’s greatest dramatist. 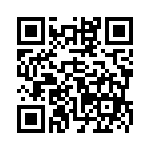