Seite 18
her carved figure head and the twelve P.M. , entered the Needles carpenter's
work of the bulkhead Channel , and passed Lymington at carried away , and the
iron sheath- twenty minutes past one , making ing of both starboard and larboard
...
Seite 90
( The Superb Majesty passed them — not the did not join in the exercise . ) less
heartily for a good dinner . They then braced forward on thé After saluting , the
squadron again larboard tack , set jib and flying loosed sails , and at half - past
four ...
Seite 103
It soon , how- and , despite the exertions of the ever , passed over . On the third
seamen , the flames gained such a day , to their great joy , a vessel hold that at
length the crew were bearing American colours hove in obliged to abandon the ... 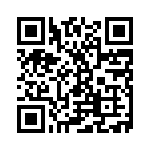