Marshall T. Poe is a Lecturer in History in the Department of Government and Society at the University of Limerick, Ireland. 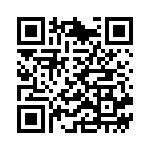