The concept of Earth being struck by a large body from space has been a popular plot in several recent films. This 1932 volume, however, was possibly the first to present that scenario. Here ... Vollständige Rezension lesen

A bit outdated as SciFi, but I love this book! Vollständige Rezension lesen

Philip Wylie (1902 - 1971)
Philip Gordon Wylie was born in Massachusetts in 1902, the son of a Presbyterian minister and the novelist Edna Edwards, who died when he was five. He attended Princeton University and, although he wrote regularly for The Princetonian and had published his first book by the time he left, his academic record was unremarkable. After working for a while at a public relations firm and then for The New Yorker, Wylie eventually took to writing full-time. He is probably best known for his 1933 novel When Worlds Collide, written with Edwin Balmer, which was filmed in 1951 by George Pal's production company. However, his most lasting influence on modern culture is by way of the 1930 novel Gladiator, in which a young man is endowed from the womb with incredible physical abilities, gifted him by the pre-natal intervention of his scientist father. The young protagonist who could jump higher than a house, run faster than a train and bend iron bars in his bare hands was the primary inspiration behind Jerry Siegel and Joe Schuster's Superman.

Edwin Balmer (1883-1959)
Edwin Balmer, born in Chicago, began his career as a reporter for the Chicago Tribune in 1903. He then went on to write for books and magazines, becoming an editor of Redbook in 1927 and then later associate publisher. With Philip Wylie, Balmer co-wrote When Worlds Collide (1933) and After Worlds Collide (1934), the former being adapted for the big screens in the 1951 award-winning film of the same title. Balmer died in 1959, aged 75. 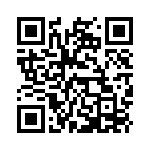