Maybe somebody wrote a play, a real bad play, and maybe nobody would produce it, so maybe somebody decided to give it a bestseller-ish title and call it a novel. That somebody could be Lawrence ... Vollständige Rezension lesen

Lawrence Sanders was born in Brooklyn, New York on March 15, 1920. He graduated from Wabash College, Crawfordsville, Indiana, in 1942 and served in the Marine Corps from 1943 to 1946. After years of working as an editor for a number of magazines, including Mechanics Illustrated and Science and Mechanics, Lawrence Sanders wrote and published his first novel, The Anderson Tapes (1970), at the age of 50 which won the Edgar Award for Best First Mystery Novel from The Mystery Writers of America. It was made into a film in 1971, as was The First Deadly Sin (1973). Sanders died February 7, 1998 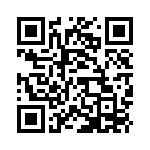