Dr. Mark Hanby accepted the pastorate of a small church in Fort Worth, Texas, after being a guest speaker for several years. Under his direction, the church grew to become Truth Church, one of the first mega-churches in the nation and the largest of its denomination. Internationally known as a dynamic speaker of church government and spiritual order, Dr. Hanby is a prolific author and widely esteemed as an apostolic father to the church at large. He has personally ministered in more than seventy countries. 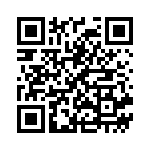