Edgar Allan Poe was born in Boston in 1809, the son of itinerant actors who left him an orphan in 1811. He became a ward of Richmond merchant John Allan, and from 1815 to 1820 lived with the family in London. Upon his return, Poe received schooling in Richmond before attending the University of Virginia for a year. In 1827, he clashed with Allan and left for Boston, where he joined the army and published a slender volume, Tamerlane and Other Poems. He later attended the US Military Academy until his dismissal in 1831. The poet moved to Baltimore and began writing for magazines in 1832: three years later he secured a position with the Southern Literary Messenger in Richmond and married his cousin, Virginia Clemm. Relocating in New York, Poe endured great hardship, but in 1838 published his only novel, The Narrative of Arthur Gordon Pym. In October 1849, he collapsed in Baltimore and died in hospital. 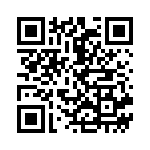