This collection of Thomas Paine writings is too complete. Some of the included texts, such as Common Sense, are good reads in that they are still relevant to the modern reader. They can tell us where ... Vollständige Rezension lesen

Thomas Paine was born in Norfolk, England, on January 29, 1737. He received a basic education in history, mathematics, and science, but left school at age 13 to apprentice in his father's corsetmaking shop. In 1757, he spent time at sea aboard the privateer ship King of Prussia, and later found employment as a journeyman staymaker in London. All the while, Paine continued to study on his own, influenced by the work of two leading figures of the Enlightenment, Isaac Newton and John Locke. He began writing political pamphlets, and at the urging of Benjamin Franklin, emigrated to Philadelphia in 1774 to work as an editor for The Pennsylvania Magazine. In 1776, he published Common Sense, which called for America's political freedom from England. The pamphlet sold more than 150,000 copies in three months. Paine next published The American Crisis during the Revolutionary War, inspiring George Washington to read it to his troops at Valley Forge. By the end of the Revolution, however, Paine's influence had run its course, and he fell out of political favor. He returned to Europe, where he published his treatise Rights of Man, which led to his arrest on charges of high treason. Disillusioned with life abroad, he returned to the U.S. to find himself vilifed as an agitator and atheist. He died in obscurity in New York City in 1809. 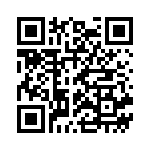