Seite xlviii
John Harding , the metrical chronicler , writing early in the reign of Henry the
Sixth , gives a rude account of the story in seven seven - line stanzas ( ed . 1812 ,
pp . 52-54 ) : here Regan's husband is described as “ Hanemos of Wales and ...
Seite xlix
In that curious medley the story is to be met with ( see La Treselegante ,
Delicieuse , Meliflue et tresplaisante Hystoire du tresnoble , victorieux et
excellentisme roy Perceforest , Roy de la grande Bretaigne , fundatieur du Franc
palais et du ...
Seite li
But , as has been already mentioned , besides the original story which
Shakespeare has adopted and much altered , he has blended with it another
story , that of the Earl of Gloucester and his two sons , and I think it is practically
certain , as ... 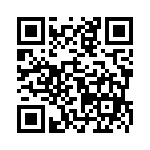