This is probably my favorite book in the "Skinner" series, which is one of my favorite series by Stephen Bly!! This book will have you laughing out loud, wiping tears...and thoroughly enjoying yourself the whole time!! I give this one 5 stars!!! Vollständige Rezension lesen

This book ends the series. A hilarious must-read just like the other two. In this one, Fergus that old Indian drives the Skinner's auto car into the front window of the resturant because he was trying to miss a big white goose, and this display causes more and more men to come eat there. Very good. Vollständige Rezension lesen

Stephen Bly was born August 17, 1944, Ivanhoe, California. Bly graduated summa cum laude in Philosophy from California State University, Fresno (1971). He was an American author who wrote over 100 books and many short stories, poems and articles. His books were primarily Western in genre. Bly's book, The Long Trail Home won the 2002 Christy Award in the Western Novel category. Bly had many series that he wrote during his lifetime including: the Rivers of Arizona Series, the Stuart Brannon Western Series, the Lewis and Clark Squad Series and the Horse Dreams Series. On June 9, 2011, Bly died at St. Joseph's Regional Medical Center in Lewiston after a 5-year battle with prostate cancer. He was 66 years old. At the time of his death, he was working on his last fiction book, Stuart Brannon's Final Shot. His wife, Janet, and three adult sons finished the novel for him; it was released in 2012. 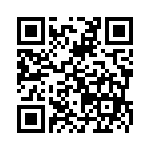