Great thinkers come along one or two a century - or less. This was a reminder of Shakespeare's amazing capacity for original thought - and his wonderful sense of humor. And the art was brilliant. Vollständige Rezension lesen

George Henry Weinberg was born in Manhattan, New York on May 17, 1929. He received a bachelor's degree from City College, a master's degree in English from New York University in 1951, and a doctorate in clinical psychology from Columbia University. In 1965, he invented the word homophobia to describe the discomfort that some people exhibited around gay men and women. He discussed this issue in Society and the Healthy Homosexual, which was published in 1972. He was an advocate of gay rights and helped lead the campaign that led the American Psychiatric Association to remove homosexuality from the second edition of its Diagnostic and Statistical Manual, a handbook of psychological disorders. He wrote several books during his lifetime including The Action Approach: How Your Personality Developed and How You Can Change It, Self Creation, Numberland, Shakespeare on Love, Invisible Masters: Compulsions and the Fear That Drives Them, Why Men Won't Commit: Getting What You Both Want Without Playing Games, and Will Power!: Using Shakespeare's Insights to Transform Your Life written with his wife Dianne Rowe. He also wrote the textbook Statistics: An Intuitive Approach. He died from cancer on March 20, 2017 at the age of 86. 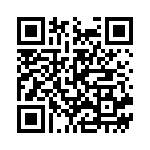