Christopher Hogwood conducts repertoire ranging from the baroque to contemporary, always with the prevailing philosophy of revealing the original sound-world of the composer. Founder and director of The Academy of Ancient Music since 1973, he continues to work internationally with both period-instrument and modern ensembles. He has more than 200 critically acclaimed recordings to his name. Central to Hogwood's musical approach is the connection between musicology and performance: his editorial projects frequently follow initial research through to performance or recording. He is currently engaged with editing keyboard music from the Fitzwilliam Museum for Musica Britannica, the complete keyboard works of Henry Purcell for the Purcell Society, Mendelssohn's seven great concert overtures for Barenreiter and the original version of La Revue de Cuisine to be recorded by the Czech Philharmonic (Supraphon). His many publications include a survey of patronage through the ages (Music at Court), biographical studies of Haydn, Mozart and Handel, a history of the trio sonata, and Music in Eighteenth-Century England (Cambridge, 1983). Hogwood's academic positions include Honorary Professor of Music at the University of Cambridge, Fellowships at Jesus and Pembroke Colleges, Cambridge, and Visiting Professor at the Royal Academy of Music. He also teaches regularly at Harvard University. 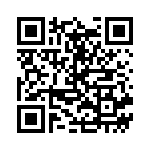