William Baker is Trustee Professor, Distinguished Research Professor, Department of English and University Libraries, at Northern Illinois University, USA. He is the author/editor of numerous books and his co-authored Harold Pinter: A Bibliographical History and his The Letters of Wilkie Collins were honoured by Choice as the year's most outstanding books (2006 and 2000).

Brian Vickers is a Fellow of the British Academy and a Distinguished Senior Fellow in The School of Advanced Study, University of London. 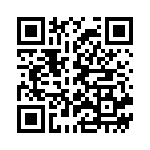