Seite 12 - Now, if nature should intermit her course, and leave altogether, though it were but for a while, the observation of her own laws; if those principal and mother elements of the world, whereof all things in this lower world are made, should lose the qualities which now they have ; if the frame of that heavenly arch erected over our heads should loosen and dissolve itself ; if celestial spheres should forget their wonted motions, and by irregular...
Wird in 219 Büchern von 1784 bis 2007 erwähnt
Seite 12 - ... if celestial spheres should forget their wonted motions, and by irregular volubility turn themselves any way as it might happen ; if the prince of the lights of heaven, which now as a giant doth run his unwearied course, should, as it were, through a languishing faintness, begin to stand, and to rest himself ; if the moon should wander from her beaten way, the times and seasons of the year blend themselves by disordered and confused mixture, the winds breathe out their last gasp...
Wird in 193 Büchern von 1793 bis 2006 erwähnt
Mehr
Seite 5 - Dangerous it were for the feeble brain of man to wade far into the doings of the Most High ; whom although to know be life, and joy to make mention of his name ; yet our soundest knowledge is, to know that we know him not as indeed he is, neither can know him ; and our safest eloquence concerning him, is our silence, when we confess without confession, that his glory is inexplicable, hie greatness above our capacity and reach.
Wird in 158 Büchern von 1793 bis 2007 erwähnt
Seite 42 - They that make them are like unto them ; and so are all such as put their trust in them.
Wird in 170 Büchern von 1793 bis 2006 erwähnt
Seite 56 - ... we were then alive in our predecessors* and they in their successors do live still.
Wird in 105 Büchern von 1821 bis 2006 erwähnt
Seite 4 - ... is author; only the works and operations of God have Him both for their worker, and for the law whereby they are wrought. The being of God is a kind of law to his working: for that perfection which God is, giveth perfection to that he doth.
Wird in 107 Büchern von 1766 bis 2007 erwähnt
Seite 33 - The general and perpetual voice of men is as the sentence of God himself. For that which all men have at all times learned, Nature herself must needs have taught," and God being the Author of Nature, her voice is but his instrument.
Wird in 183 Büchern von 1787 bis 2006 erwähnt
Seite 52 - ... till by experience they found this for all parts very inconvenient, so as the thing which they had devised for a remedy did indeed but increase the sore which it should have cured. They saw that to live by one man's will became the cause of all men's misery.
Wird in 169 Büchern von 1714 bis 2007 erwähnt
Seite 14 - Those things which nature is said to do, are by divine art performed, using nature as an instrument ; nor is there any such art or knowledge divine in nature herself working, but in the Guide of nature's work.
Wird in 61 Büchern von 1793 bis 2004 erwähnt
Seite 1 - He that goeth about to persuade a multitude, that they are not so well governed as they ought to be, shall never want attentive and favourable hearers ; because they know the manifold defects whereunto every kind of regiment is subject, 'but the secret lets and difficulties, which in public proceedings are innumerable and inevitable, they have not ordinarily the judgment to consider.
Wird in 119 Büchern von 1735 bis 2007 erwähnt
Weniger

Richard Hooker was born around March 1554 in Exeter, England. Born of a humble family, Hooker was able to attend Oxford University due to his patron, John Jewel. He took holy orders in 1581, becoming a clergyman in the Church of England. In 1585 he was named master of the Temple, a position he held until 1591. He married in 1588 and eventually moved in with his father-in-law, where he began writing his major work. Hooker's masterpiece, an eight-volume set called Of the Laws of Ecclesiastical Polity, recounts the strife involving the admonition controversy, a doctrine calling for radical reforms in the Church of England. Hooker's work is a reply to the admonition controversy and to the Roman Catholic Church where he defended the current state of the Anglican church. Hooker generally allowed the scripture to speak for itself concerning his views of the church, but he also relied on tradition and common sense. Richard Hooker became vicar of Bishopsbourne in 1595. Some feel that while he drew his salary as the vicar, he actually allowed a lesser clergyman to perform his duties, a practice known as pluralism. He died there on November 2, 1600. 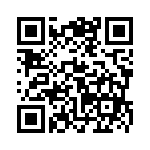