When Furphy died in 1912, his major work, Such Is Life (1903), had met with little success. It was not until the 1940s that Australians discovered this masterpiece, and soon it was brought back into print, along with his two other novels - parts that had been excised from Such Is Life, on its original publication: Rigby's Romance and The Buln-Buln and the Brolga. Since then Furphy, sometimes called Australia's Mark Twain, has been granted a secure place in Australian literature. He is often credited with turning Australian literature away from realistic and romantic accounts of life in the bush toward a more metaphysical bent. Born to Irish immigrants in an Australian farming area, Furphy at various times worked as a laborer, spent time on the goldfields, and drove a team of oxen. He was not formally educated but a voracious reader. Once he settled in a town in Victoria to work at his brother's foundry, he started contributing items to the famous newspaper The Bulletin and wrote Such Is Life. 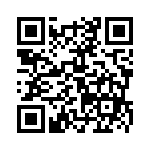