Edwin H. Cady is Andrew W. Mellon Professor of Humanities, Emeritus, at Duke University. Both scholars have served as Managing Editor and Chair of the Board of Editors of American Literature. 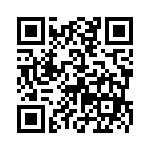