I would either have loved or despised this when I was a child - and now I have mixed feelings about it. ? For example, I can't stand how forgiving and patient Allegra is about her sisters. ? I'd say ... Vollständige Rezension lesen

A light-hearted, well-written novel of three sisters who live for a week alone on an island off the coast of Maine. Other people live on the island, but the girls want to avoid them so their parents ... Vollständige Rezension lesen

Anne Morrow Linbergh, 1906-2001 Anne Morrow Lindbergh was born Anne Spencer Morrow on June 22, 1906 in Englewood New Jersey. Her father was a multimillionaire banker with the firm J.P.Morgan and Co., who would later become a senator for New Jersey. Her mother was an educator and poet who held the position of acting president of Smith College from 1939-1940. Anne Morrow attended Miss Chapin's School in Manhattan and graduated Smith College in 1928. She is best known for penning over two dozen books of prose and poetry, including five diaries of her tumultuous life. Lindbergh married the famous Charles Lindbergh in 1929 and was introduced to the real world through his fame. Her childhood had been a sheltered one, yet she thrived in this new lifestyle. In 1930, she became the first woman to receive a glider pilot's license in the United States. That same year she accompanied her husband as copilot and navigator, when he broke the transatlantic speed record. In 1939 she earned the prestigious Hubbard Gold Medal of the National Geographic Society, becoming the first woman ever to do so. Ironically, Anne Lindbergh is best known not for her literary prowess, but for the kidnapping and death of her first born son, Charles Jr.. Known as the Crime of the Century, the Lindberghs gained an enormous amount of public recognition in the wake of the brutal murder. Lindbergh would never be the same for the incident. In 1935, Lindbergh published her first book, which also became her first best seller. While sometimes criticized by the literary world, Lindbergh remained popular with the public, females in particular, until her death. Perhaps her most famous book, "Gift from the Sea", a philosophical meditation on women's lives, was an inspiration to those same women. Because of her sympathy to the plight of the every day woman, and their returned sympathy for her own tragedy, Lindbergh was voted one of the 10 most admired women of 1975 by readers of Good Housekeeping. Her later works, which included the somewhat questionable "The Wave of the Future" was placed under greater criticisms, yet survived as another example of her involvement in world events, as they touch home. Anne Morrow Lindbergh died at the age of 94 at her home in Passumpsic, Vermont. 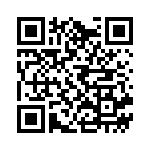