Nemerov's poetry is known for its wit and intelligence. His poetry is stoical and ironical. In his essays, he has argued against both what he considers to be the slackness of "free form" and the rigidity of prescriptive measures from the past. Nemerov's first book of poetry, The Image and Law (1947), was well received by critics, while The Salt Garden (1955) reflects the themes he was to develop in his writing, especially a concern for nature. The Blue Swallows (1967) received mixed reviews but won him the first Roethke Memorial Prize. He also received the Oscar Blumenthal Prize (1958), the Harriet Monroe Memorial Prize (1959), the National Institute and American Academy Award in literature (1961), and the Pulitzer Prize (1978). A lively and uncompromising critic, he has selected for his Poetry and Fiction: Essays of the 1970s emphasizing twentieth-century literature and the contemporary stance of the critic. Journal of the Fictive Life (1965) is Nemerov's somewhat grim introspective search for the conditions that make a writer most creative. He became the third poet laureate of the United States in 1988. 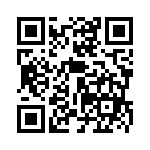